Dr. Sue Celebrates the Statue of Liberty, Freedom, Unity, and Joy! Her Blue Dress, Red Wine, Apple, and Orange enourage us to Join together for Fun and Community!

Scroll Down for Lyrics, which you may sing and share! Music available on Request.

Dr. Sue Sings “Songs and Soul Food” and Invites You to Share! 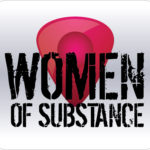 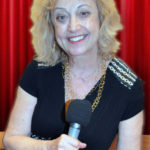 Here is a Link to Dr. Sue talking about her song “Teach You In Time” 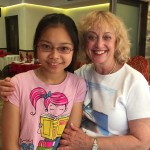 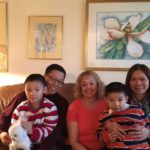 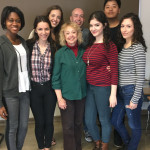 Unsolicited Comment: “Fantastic. Your voice and message of your music is so full of nurturing love. It’s like I was hearing the voice of “my  mom” so beautiful and supportive.” Rashida Here is a link to Dr. Sue’s Album “For Heroes and Lovers” https://www.cdbaby.com/cd/drsue2 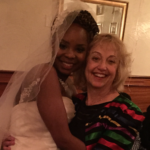 This album includes “Teach You In Time” (free download) – plus romantic and inspirational songs. As a Teacher/Mentor/Godmother, I celebrate all kinds of families! Celebrate your own Family – by Birth or Choice! 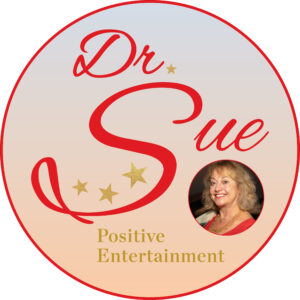 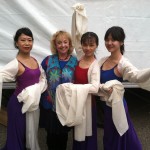 We’re “dancing in the street” and on the stage at the annual Dance Parade! The parade route boogies down Broadway  to Tompkins Square Park, NYC to celebrate the performing arts and multi-cultural fun! Web: www.danceparade.org Dancing divas, colorful costumes, and diversity rule the day in New York City! Here I am with the beautiful Red Silk Dancers – a Chinese-American Company that performs traditional and contemporary dance.  http://redsilkdancers.weebly.com/ 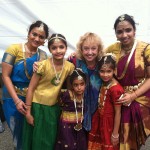 Is Bollywood calling? Navatman is a South Asian Dance and Music Company.  The troupe and school is based in New York and trains dancers in traditional Indian performance styles. Here I am with the Navatman dancers. There are two lovely ladies and two utterly charming children. Web: www.navatman.org 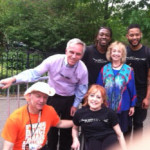 Diversity means more than multi-culturalism. It extends to the differently abled – like members of The Dancing Wheels Company and School. Director Mary Verdi-Fletcher, may be in a wheelchair, but her passion for dance, vision of possibilities, and sheer capability have created a company and school where thousands of children and adults with and without disabilities study and perform together. Web: www.dancingwheels.org 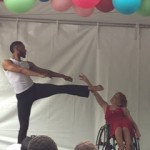 “Ah, but a man’s reach should exceed his grasp, or what’s a heaven for?” – Robert Browning       (Photos by Jay Berman) Hope you enjoy hearing me sing my original song: “You Can Be a Hero” copyright 2015 Susan Horowitz Creative Living by Dr. Sue: Support the Arts! Without the arts, many children have no chance for a better, more fulfilling life! Without the arts, there is no real beauty, joy,  or civilization! 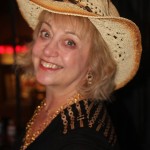 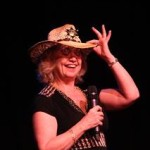 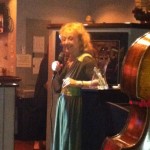 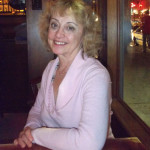 Dr. Sue shares Creative Living Tips on WBAB-WBLI Radio! Life & Love Tips plus Entertaining Banter & Songs ‘How do you deal with stress? Does your own life and relationship seem lacking? Are you comparing your life with glamorous images in the media? Dr. Sue encourages you to celebrate your life! 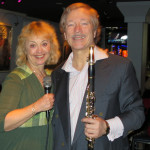 Sue “Dr. Sue” Horowitz (Vocalist)  & Rick Bogart (Clarinet/Musical Director)  Perform Jazz Standards, Romantic  Songs & Clever Parodies Broadway Thai Restaurant  241 West 51st Street (btwn Broadway-8th Ave) NYC Saturday/Sunday Nights  (212) 226-4565, No Cover. Thai &  American Food & Drinks are delicious (and reasonable) Creative Living: Celebrate Your Life!  Comparing yourself to others who seem more fortunate (and we don’t usually know the inside story) creates unhappiness.  Change what you can (be bold), and if you cannot,  appreciate what you have! Live Your Dream!: I love to sing, and the chance to sing with the world renowned Rick Bogart Jazz Trio is a dream.  If you have a dream, go for it!  If a door doesn’t open, try a window (of opportunity)! Act As If: My radio host Donna Donna shared with me that when she started on the air, she wasn’t very good, so she imagined what a host whom she admired would do.  She acted “as if” she had his confidence, and as she got better, she did!  Nobody is born a successful media host, performer, athlete, author – or whatever you imagine yourself to be.  Keep improving your skills, get in the game, and act “as if”! (Editor/Photographer: Jay Berman; Media Agent: Nancy M. Melito)