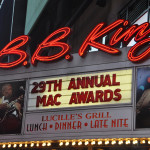 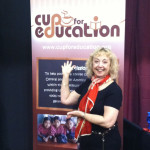 “I love coffee, I love tea, I love the java jive and it loves me…” (“Java Jive” by Milton Drake & Ben Oakland). If you’re looking for a cuppa caffeine, an herbal serene, or an entertaining scene,  you’ll hum, jive & come alive at the annual Coffee & Tea Festival NYC at the 69th Regiment Armory – listed as one of the “Ten Best New York Events.” Perked up by morning cappuccino ($25 for VIP  tickets – early entry plus swag-bags) we bought raffle tickets for “Cup for Education” – a non-profit company that supports educational projects in poor, coffee-growing areas. (All donations go to the local communities – the staff is all-volunteer.) 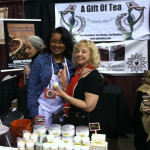 Prizes included goodies from vendors – established tea brands like Red Rose/Salada plus newcomers like “A Gift of Tea” –  which makes “Tea Fields” – a tea-infused, shea body butter  which my skin is drinking in along with my morning cuppa. Coffees range from local  –  like Toby’s Estate, a Brooklyn roasters/espresso bar and New York Gourmet Coffee (“Fuhgeddaboudit!”)  to major brands like A&P’s Eight O’Clock coffee. Ancillary products include Nektar’s crystalized honey (non-sticky) and chapstick, Stevia (organic, and non-caloric sweetener) and glass tea pots, warmed by tea candles – even sea-salted chocolate samples by Salazon and vegan ice cream from Alchemy in Long Island City. This weekend’s festival (produced by Starfish Junction) was sold out in advance – including the VIP tickets. But there’s always next year – plus many other shows at this Armory.  The 69th Regiment has a history going back to the Civil War, so have a cuppa coffee, tea, and history! Creative Living:  Swag-bags are fun, but here’s the real perk – caffeine (in moderation) actually reduces your risk of Alzheimer’s and dementia and helps you live longer. Supporting charities like “Cup for Education” makes you feel better about your life – so do good, be well, and spend some dough on a cup of joe (and tea). (Editor/Photographer: Jay Berman) 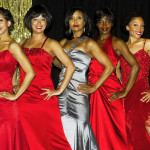 To gamblers, Atlantic City means blackjack; to HBO viewers, it means Boardwalk Empire. Before there were casinos and cable TV, there were fabulous nightclubs — like the famed Club Harlem, located On Kentucky Avenue a tuneful, dance-fest that celebrates African-American singers, dancers, comics, and  the “sepia sweethearts” (showgirls). Talents include singers Ty Stephens, Cheryl Freeman and Andicka Hall (caught in a love triangle with Stephens, who plays Ivan, the club’s singing emcee) and guest star Jeree Wade, who co-created the show.

Lightening up the love-complications (which never interfere with non-stop singing and costume changes by Stephens and Pearl Williams), is comedian Lee Summers “Slappy Black” (a nod to the real-life Slappy White, who played the  club). Dancers include (alphabetically): Adam Bourque, Donna Clark, Brian Davis, Gergory J. Hanks, Mindy Haywood, Cassandra Palacio and Renee Ternier (Choreography by Ty Stephens) with the Freddie Baxter Orchestra and Frank Owens, Musical Director. The revue, which has been in development for  two and a half years (by Producers Robert R. Blume, Songbirds Unlimited,  JR Knauf & Marshall Warner),  is now making its debut at Stage 72/The Triad 158 W. 72nd Street, NYC.  So shimmy off those winter blues “On Kentucky Avenue.” Creative Living: Enjoy Live Entertainment!  Its easy to be a couch potato, but there’s nothing like the electricity of a live show! Applaud & Appreciate:! It makes the performer feel good – and clapping and cheering release your own positive hormones!  If you really love a performance (or the creativity of the writers, designers, etc.), share your compliments (and maybe your card for their mailing list). Put criticism and suggestions on hold – and only on request. Performing is exciting but vulnerable – so let artists bask in the glow of the show – they’ve earned it! (Photography: Russ Weatherford)